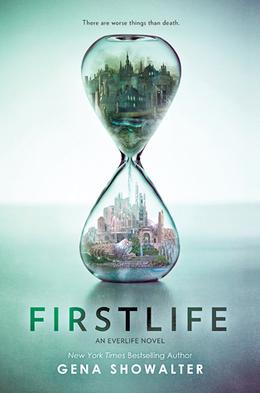 I’ve been told history is written by survivors. But I know that isn’t always true. My name is Tenley Lockwood, and very soon, I’ll be dead. This is my story—but the end is only the beginning.

Tenley “Ten” Lockwood has spent the past thirteen months locked inside the Prynne Asylum. She’s earned her rep as the craziest of crazies, but that doesn’t stop the torture. Ten can leave, but only if she allows her parents to choose where she’ll live—after she dies.

There is an eternal truth most of the world has come to accept: Firstlife is merely a dress rehearsal, and real life begins after death.

In the Everlife, two realms are in power: Troika and Myriad, longtime enemies and deadly rivals. Both will do anything to recruit Ten, including sending their top Laborers to lure her to their side. Soon, Ten finds herself on the run, caught in a wild tug-of-war between the boy she’s falling for and the realm she wants to support. Who will she choose? Can she stay alive long enough to make a decision?
more
Bookmark Rate Book
Amazon Other stores

Buy 'Firstlife' from the following stores: