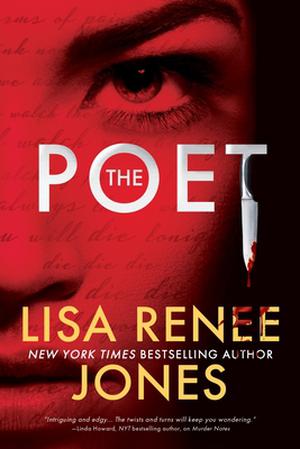 New York Times bestselling author Lisa Renee Jones brings a fresh, modern take to the thriller genre that will keep you guessing until the very end.

“The poet is a liar who always speaks the truth.” -Jean Cocteau

But the only title that matters to him is the one the media has given him: The Poet.

A name he earned from the written words he leaves behind after he kills that are as dark and mysterious as the reason he chooses his victims.

One word, two, three, a story in a poem, a secret that only Detective Samantha Jazz can solve. Because he’s writing this story for her.

She just doesn’t know it yet.
more
Amazon Other stores
Bookmark  Rate:

'The Poet' is tagged as:

Similar books to 'The Poet'

Buy 'The Poet' from the following stores: