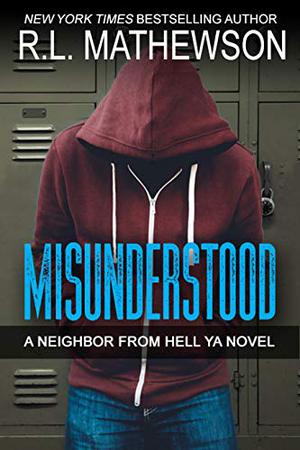 From Book 1: Done with being the world's biggest pushover, Haley decides that things are going to start changing. The first thing that she was going to do was to put a stop to all the crap that her aggravating neighbor put her through. What she hadn't expected was to be sucked into his world, but Haley has a game plan and she won't let herself forget what the bad boy next door is capable of.

The last thing that Jason expected was for his shy little neighbor to go Rambo on him over some ruined flowers, but he quickly got over it once he realized exactly what he'd been missing. After he decides to take her under his wing, he can't help but notice how nicely she fits in his life. Now the only thing left to do was to convince her that this is anything but a game.

*Author's Note:
This book is meant to put a smile on your face and give you a break from the day to day drama and stress that plagues us all. This book is intended for readers that like to smile, possibly laugh and just want to relax with a sweet romance.
more
Amazon Other stores
Bookmark  Rate:

'A Neighbor From Hell Series (10 Book Series)' is tagged as:

Buy 'A Neighbor From Hell Series (10 Book Series)' from the following stores: