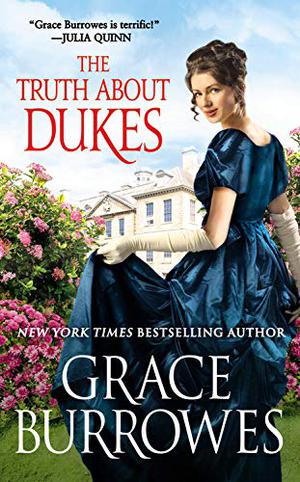 The Truth About Dukes (Rogues to Riches #5)

A new duke and a woman with a secret in her past get a second chance at love in this delightful and charming Regency romance from the New York Times bestselling author of the Windham series.

Robert Rothmere is hiding a past no duke should have endured, but he's not hiding it well enough. Sooner or later, his enemies will learn that he spent years locked away at a private asylum. To get their hands on his wealth, they'll try to send him right back to his worst nightmares. If Robert is to foil their schemes, he needs to marry a perfectly proper, blessedly boring, deadly dull duchess, immediately—and he knows exactly which quietly delightful lady he'd love to entrust with that role.

Lady Constance Wentworth has cultivated a reputation for utter forgettability. She never speaks out of turn (in public), never has a daring thought (that she admits aloud), and never comes close to courting scandal... as far as anybody knows. Her path crossed Robert's years ago, though, and she's never forgotten the extraordinary lengths he traveled to keep her safe when she hadn't a friend in the world. She longs to be his demure duchess...but little does he know that to marry her would be utter madness.
more
Bookmark Rate Book
Amazon Other stores

The 'Rogues to Riches' series

Similar books to 'The Truth About Dukes'

Buy 'The Truth About Dukes' from the following stores: