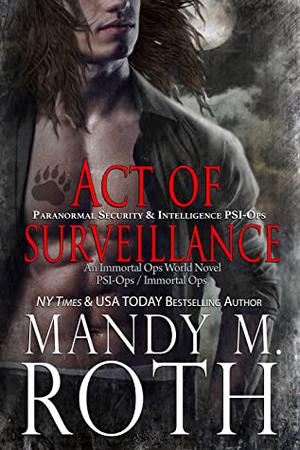 Paranormal Security and Intelligence Operative Rurik Romanov has been put on light duty while he recovers from a brutal attack orchestrated by The Corporation and their genetically engineered hybrids. The alpha-male Russian bear shifter is not exactly thrilled with his new assignment—babysitting a person of interest—but he's a soldier, and an order is an order. The woman he’s tasked with keeping an eye on has ties to the very organization that left him injured in the first place. He isn’t sure if she’s friend or foe, but he does know his shifter side has a primal interest in her.

'Act of Surveillance' is tagged as:

Similar books to 'Act of Surveillance'

Buy 'Act of Surveillance' from the following stores: