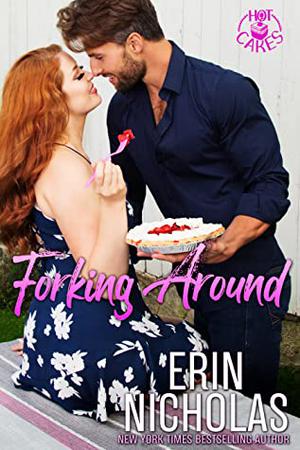 A Cinderella story with a hot boss so charming even a fairy godmother couldn't do better.

Everyone thinks Dax Marshall is a prince of a guy. And he’s definitely charming.

But Jane has enough going on without adding a torrid fling with the boss to her life. Between her father’s illness, her wicked-ish stepmother, her little sister’s teenage drama, and the co-workers who depend on her---she can’t handle another mess.

No matter how tempting and gorgeous the mess may be. Or how messy he wants to get with her.

Dax has spent his life being very serious about only one thing: proving you can be successful while still having a helluva good time. But he’s just met the one woman who might break his I-can-charm-anyone streak. She’s actually taking him seriously...and she seriously thinks they have nothing in common and can’t be together.

Maybe he’s the one who needs a new view of happily ever after. It’s time to stop forking around.
more
Amazon Other stores
Bookmark Rate Book

Similar books to 'Forking Around'

Buy 'Forking Around' from the following stores: