Releasing The Gods (The Titan's Saga #1) 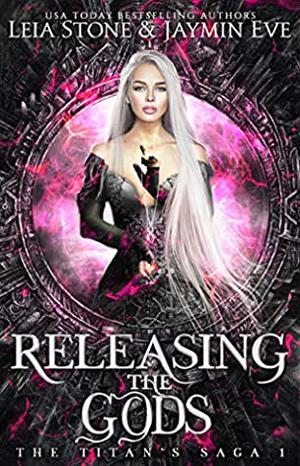 She’s well on her way to all of that, until one drunken dare ends up with a cut hand, blood sacrifices, and a thousand-year-old prison opening to reveal a giant of a man.

Finding herself with a Titan of a problem, she does the only thing that makes sense in that situation: selfie. Because he’s beyond hot, and that has got to be worth twenty thousand followers.

Only it turns out, this is no joke.

Cronus is really a Titan, and he’s set out to destroy the leader of the Greek pantheon.

When Maisy makes a colossal mistake, unleashing an untold evil on the world, Cronus is the only one that can help her.
#oops

An end she quite possibly caused—not that she’s admitting to anything just yet.
more
Amazon Other stores
Bookmark  Rate:

'Releasing The Gods' is tagged as:

The 'The Titan's Saga' series

Similar books to 'Releasing The Gods'

All books by Leia Stone  ❯

Buy 'Releasing The Gods' from the following stores: