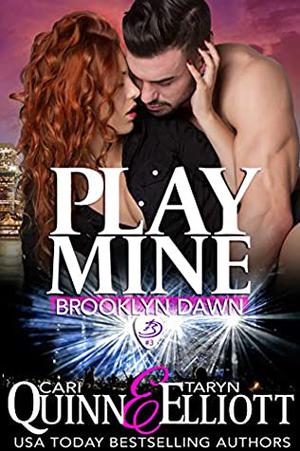 Sleeping with your bandmate is wrong, right? But what if it feels really good...

I’m a keyboardist on probation with the mega huge band Brooklyn Dawn.

No fights. No drama.

Until Cooper, our drummer, steps in when my dangerous ex approaches me for the first time in years.

Cooper defending me—protecting me like no one ever has—rattles me. Turns me on. Makes me long for something I’d vowed would never be mine.

I didn’t mean to sleep with him.

Now we’re lying to everyone, hiding what’s happening. Hoping my ex will just disappear again, although Cooper thinks that’s the coward’s way out.

Except I’ve been hiding my past from the band, upholding my promise of no drama. Whether or not it’s my fault.

But Cooper wants to keep me safe. Wants me to be his, in every possible way.

No matter the consequences.

Author’s note: Play Mine is a standalone friends to lovers rock star romance. The Brooklyn Dawn series has a suspense arc that goes through the entire series. It will be resolved in the final book. Play Mine ends in a happily ever after with no cliffhanger for the main couple.


Winchester Falls Trilogy
Anything But Mine
Bulletproof Weeks
Edge of Forever

'Play Mine' is tagged as:

Similar books to 'Play Mine'

Buy 'Play Mine' from the following stores: