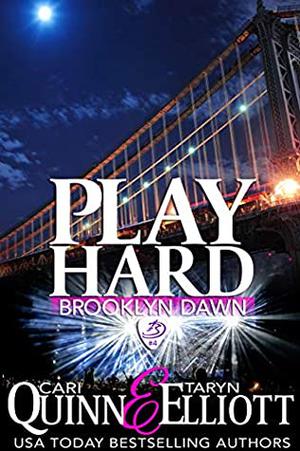 My biggest fantasy was to spend one night in a rockstar’s bed…and then it happened.

I’m Brooklyn Dawn’s biggest fan—and their fan club president. Sometimes, I even get to hang with the band.

Most of the band. Not Zane. Not yet.

So, when he passed out one of his special meet and greet passes after the concert, I didn’t refuse.

For one night, I wanted to be the woman who caught a rockstar’s eye—and not because I’d increased our membership by fifteen percent.

We had an unexpectedly incredible night. But I didn’t disclose my identity.

Now he’s on the hunt for me while he’s on his huge sold out tour. I waited too long to tell him that I actually knew every damn thing about his band—and him.

Our crazy hot game of hide and seek is going to end anytime now, but he insists he’s falling in love with me.

If he doesn’t grow to hate me first.

Author’s note: Play Hard is a standalone mistaken identity rock star romance. The Brooklyn Dawn series has a suspense arc that goes through the entire series. It will be resolved in the final book. Play Hard ends in a happily ever after with no cliffhanger for the main couple.

Winchester Falls Trilogy
Anything But Mine
Bulletproof Weeks
Edge of Forever

'Play Hard' is tagged as: