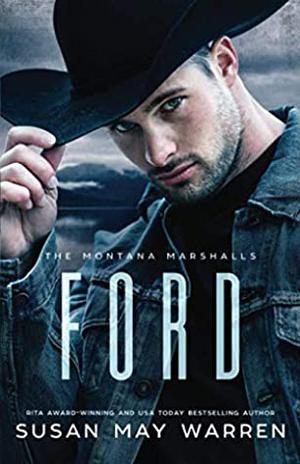 Navy Seal Ford Marshall isn’t the kind to stand by and let a woman get hurt—especially when it involves his twin sister, RJ. So, when she is named an assassin and goes missing in Russia, he doesn’t care what it takes—he’s going to find her and bring her home.

Petty Officer Scarlett Hathaway, a former Spec Ops teammate, has always loved Ford, but serving on the same team squashed any hope of romance. So when Ford asks her for her help, yes, she's on board. And maybe along the way, it will spark the fire simmering between them.

But finding RJ somewhere in the vastness of Russia with the FSB chasing them will push Scarlett beyond even her courage and make her question everything she thought she wanted…including Ford. What will it cost her to love a man who saves the world?

And when Ford is asked to choose between saving his sister, saving the world from a war, and rescuing the woman he loves…can he live with his decision?
more
Amazon Other stores
Bookmark  Rate:

'Ford' is tagged as:

The 'The Montana Marshalls' series

Buy 'Ford' from the following stores: