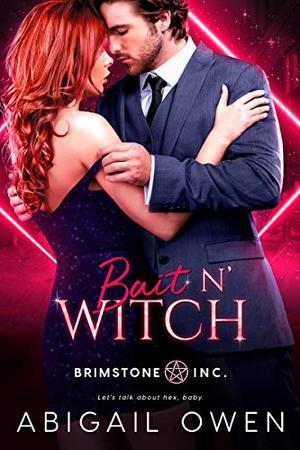 Rowan McAuliffe has been hiding most of her life. Secretly trained in her powers by an unusual source, she'd been taught not to trust anyone. Especially other witches. However, after she was forced to perform a hateful act against her will, she now hides from the Covens Syndicate and their judgement.

Greyson Masters is the Syndicate's best hunter. On top of the danger of his job, Greyson is trying to raise his triplet daughters alone, budding new witches who display an alarming combined power no one understands. Too bad he doesn’t have a clue how to deal with them.

Until Rowan walks in and the chaos settles for the first time in... well, ever.

Little does Greyson realize that his new nanny is the very witch he is hunting, and she’s been hiding right under his nose this whole time.

***This novella was previously self-published as a Legendary Consultants story, but has undergone a complete re-edit. Scenes were added, things were changed, but the kissing still remains!

Each book in the Brimstone, Inc. series is STANDALONE:
* The Demigod Complex
* Shift Out of Luck
* Bait N' Witch
more
Amazon Other stores
Bookmark  Rate: