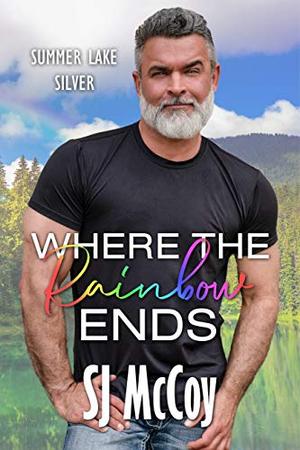 Diego believes that it’s important to focus on the sunny side. The beautiful arcs of color that appear in the sky may be known as rainbows, but they wouldn’t appear if the sun didn’t shine.

He’s lived through enough darkness. These days, he’s focused on all the good in his life—and there’s so much good. He doesn’t have a woman who’s a permanent fixture—but he does have plenty who pass through temporarily.

He likes women; they like him! He’s outgoing, fun-loving, and enjoys being the star of the show.

Izzy’s fun-loving and outgoing, too. She also enjoys being the center of attention, and right from the moment he meets her, Diego wouldn’t mind focusing some attention on her. But she’s just not interested.

At least, she claims she’s not.

At fifty-five, Izzy has life figured out. She’s that divorcée who’s living it up and enjoying her status as an attractive cougar on the prowl.

She enjoys the company of younger men—they enjoy her! She’s not looking for anything serious, and certainly not with a man like Diego. Sure, he’s sexy, and funny … and passionate … and romantic! But he’s also that big macho guy who needs to be in charge, and his ego is even bigger than his …

Diego might be a romantic, but she’s not one to get suckered in by hearts and flowers or talk of rainbows and unicorn farts. In her experience, the crock at the end of the rainbow is filled with something other than gold, and she has no desire to go there again.

Get your copy of this sweet and steamy romance today, and you’ll laugh and cry with Diego and Izzy on the journey to discover what lies at the end of their rainbow.

Summer Lake Silver series features couples in their fifties and older. Just because a few decades - or more - have skipped by since you were in your twenties it doesn’t mean you can’t find love, does it? Summer Lake Silver stories find happily ever afters for those who remember being thirty-something—vaguely.

A Dream Too Far - Seymour and Chris

A Little Rain Must Fall - Ted and Audrey

Where the Rainbow Ends - Diego and Izzy
more
Amazon Other stores
Bookmark  Rate:

'Where the Rainbow Ends' is tagged as:

Similar books to 'Where the Rainbow Ends'

Buy 'Where the Rainbow Ends' from the following stores: