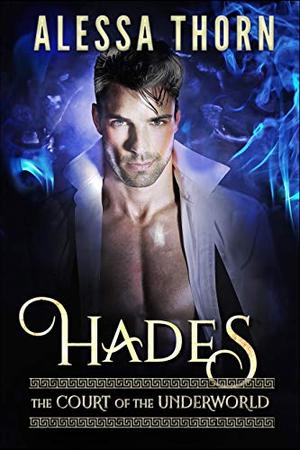 A demigoddess with the power over life and death, the God of the Underworld burning for revenge...it's a forbidden obsession waiting to happen.

HADES is the third book of The Court of the Underworld, a new paranormal romance series, based in a dark dystopian future where Hades rules a court of gods and monsters in modern day Greece.

There's nothing that Hades Acheron hates more than someone messing with his business. Two members of his Court have already been crossed by the shady and powerful gang Pithos, and the Lord of Styx is ready to take matters into his own hands.

When an informants trail leads back to his business partner Demeter, Queen of Athens and her company 'Morning Harvest,' he's prepared to be as ruthless as he needs to be to find out why she's decided to double cross him.

If Demeter wants a war, Hades will give it to her, and decides to take the one thing Demeter cherishes over her empire; her daughter Persephone.

Despite appearances, Persephone is no pampered princess. With a curse to create life in one hand and control death with the other, she's going to make life Hell for her kidnappers.

The Lord of the Underworld isn't inclined to let enemies go unpunished, and it will take more than the irresistible demigoddess to stop him getting his revenge.

A sexy, modern retelling of the Hades and Persephone myth like you've never seen it before.

The 'The Court of the Underworld' series

Similar books to 'Hades: The Court of the Underworld'

More books like 'Hades: The Court of the Underworld'   ❯

All books by Alessa Thorn  ❯

Buy 'Hades: The Court of the Underworld' from the following stores: