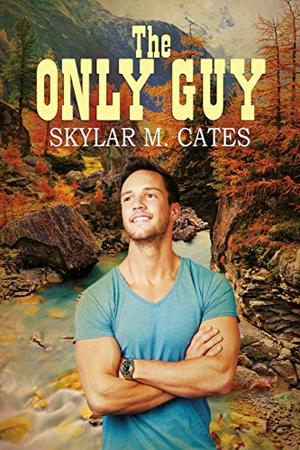 Sometimes a risk will bring the ultimate reward.

Aaron Weiss knows how to escape. Years ago, he ran from a romantic disappointment and impulsively joined the Army. Now, he’s forced to take a medical discharge and readjusting to life at home proves a challenge.

Jesse Ross knows how to hide. He realizes he’s an oddball, that he’s an outsider within his own family. He also knows his secret love since childhood, Aaron, only wants his good-looking, favored older brother.

Over the years, Jesse is a faithful pen pal to Aaron, never fully able to abandon his intense feelings. Then Aaron shows up on his doorstep, and in a twist of events, the two are overwhelmingly drawn to each other. As long-buried secrets and past hurts take center stage, Aaron and Jesse must take a leap of faith to be together. Will taking a chance on love break their hearts or lead them to a forever future?

NOTE: This is book #2 in a series, The Guy Series. However, it can be read as a standalone. This book was previously published under the same title. The new edition has been reformatted, with new front and back matter, but the overall story is the same.
more
Amazon Other stores
Bookmark Rate Book

The 'The Guy' series

Similar books to 'The Only Guy'

Buy 'The Only Guy' from the following stores: