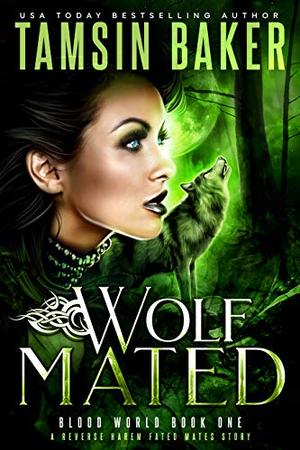 Lawyer by day, knife throwing badass by night, Sadie can look after herself better than most. But now it includes looking after her father’s business – a workshop for bounty hunters. With a little bit of revenge on the side. If the assassin thinks he’s gotten away with killing her father, he’s dead wrong.

When a protective wolf shifter and a possessive dragon shifter turn up on her door, things get a little complicated. They’re Sadie's Fated Mates, but she must resist the pull, to find her father’s killer. There can be no distractions. Not even two arrogant, sexy, smoking hot shifters.

But there’s something a lot more sinister going on in the city than her father’s death. The Vampires are hunting for something, and Sadie is determined to find out what it is. The only problem is – Sadie is no longer the hunter.
more
Amazon Other stores
Bookmark  Rate: