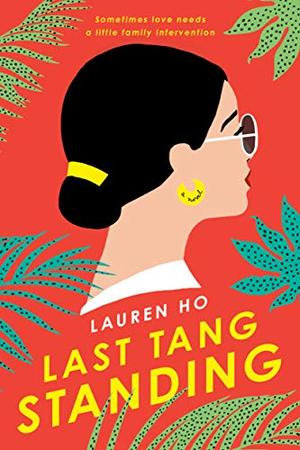 Crazy Rich Asians meets Bridget Jones's Diary in this laugh-out-loud funny and irresistible debut novel in diary form about the pursuit of love, surviving one's thirties intact, and the endless tug-of-war between pleasing one's family and pleasing oneself.

Andrea Tang seems to have it all: an enviable job as a high-profile lawyer at one of Singapore's most esteemed firms, a swanky apartment, and the best friends a woman could ask for. According to her mother and her Auntie Wei Wei, Tang family matriarch and holder of the purse strings to a sizeable fortune, that leaves just one thing missing: a husband. After all, at thirty-three, she's not getting any younger. When Andrea discovers that even Auntie Wei Wei's notoriously unattached daughter has gotten engaged, she realizes she's become what she fears the most: the Last Tang Standing, lone singleton in a sea of married Tangs.

Andrea might be an independent career woman who doesn't need a man to buy her the Birkin bags she loves, but she's also a Chinese daughter who's keenly aware that nothing in the world can pay off the debt of filial guilt. Luckily, options--and eye candy--abound in her quest to find Mr. Right-for-her-parents. There's Suresh, her annoyingly attractive rival at the firm. There's Eric Deng, the older, super-wealthy entrepreneur whose vision for their future entails sacrifices Andrea isn't sure she's willing to make. And, of course, there's Tinder.

In diary entries as rollickingly self-deprecating as they are searingly astute, LAST TANG STANDING follows Andrea through bad dates, questionable decisions, friendship drama, career competition, and intense familial pressure. And it reminds readers that the road to happiness might be unpredictable, but there's always room to enjoy the ride.
more
Bookmark Rate Book
Amazon Other stores