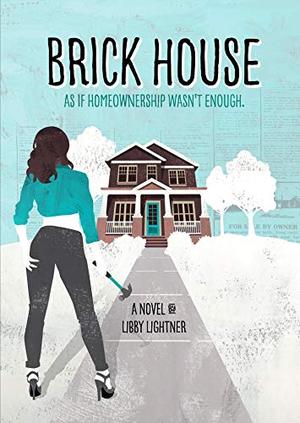 At 27, Breck Halliday is financially secure, engaged, attending too many of her friends' weddings, and still living with her parents, who lovingly smother Breck and her dreams of home ownership--the same dreams her fiancé squashes like a cockroach. Forced to funnel her domestic energy into chalk painting trash-picked furniture, Breck is addicted to Zillow the way some people are addicted to on-line betting.

However, after a chance encounter with a not-so-sweet old woman, Breck buys the woman's cluttered brown brick fixer-upper. As if homeownership and her disgruntled fiancé aren't generating enough stress, Breck's well-intentioned best friend (with a dab of identity theft) lands Breck a spot on the reality tv series "Home Makers."

Breck is full of plans for her house, which don't include reality tv cameras, a rescue dog, a teenage helper, and a feud with her repulsive next-door neighbor. Nor do her plans include more than a working relationship with her dimpled and crafty structural engineer, Anders. What she doesn't realize is that Anders has plans of his own, and they definitely don't include Breck's fiancé.

It's not just power tools that are sparking on Lark Ave., and it seems that the keys to Breck's little brick house might also unlock her heart, her head, and her past.

'Brick House' is tagged as: