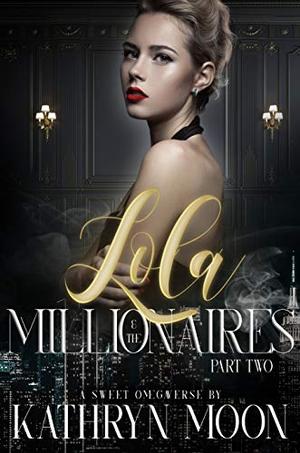 Lola is being hunted by her past, stalked with every step she takes. Sheltered with the pack of her dreams, at first it seems like the hardest challenge isn’t even staying safe from Indy. Tensions at work are at a tipping point and after taking the role of management’s spy, Lola’s in the crossfire if anything goes wrong.

As romances between Lola and the pack members are developing left and right, the woman who swore she wanted nothing to do with alpha is turning to them like a bloom to the sun. If only it weren’t just one monstrous alpha that twisted her own thoughts. Lola is quickly realizing that her worst enemy is herself, and it’s like walking the tightrope to find a balance with the pack that gives her strength rather than sends her toppling to the ground.

But Indy won’t be ignored. One way or another, he’s determined to get his hands on her again. Lola needs more than a pack to shield her. She needs to be ready to fight.
more
Bookmark Rate Book
Amazon Other stores

Buy 'Lola & the Millionaires: Part Two' from the following stores: