In His Court (Rosavia Royals #4) 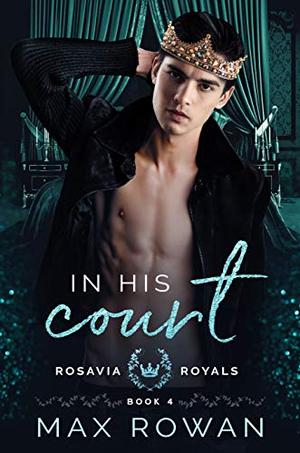 A spy prince needs: a man who sees through his disguise.

Prince Benedict is not what he seems. His image as a lazy playboy is carefully constructed to hide the truth. Trained since childhood to become Rosavia's top spy, he spends his life in disguise—and danger—to protect his country. Nobody sees the loneliness in his heart.

Felix Wright is a genius with four degrees, no real-world experience, and a top-secret job... and he's never even been kissed. A lifetime of being alienated for his most valuable assets has left him reluctant to trust the charming prince who thrusts him into fieldwork for the very first time.

When the Crown Jewels are stolen two weeks before the royal ball, it's their job to save the country's reputation. Benedict helps Felix believe in himself, while Felix slowly coaxes the real prince out of hiding. But can they find the jewels and rescue the most priceless treasures of all: each other?

Welcome to the tiny European country of Rosavia, where roses ramble over alpine slopes and princes fall for the men of their dreams. Every Rosavia Royals book happens simultaneously, so books can be read on their own, or in any order... but keep an eye out for familiar faces around the palace!
more
Amazon Other stores
Bookmark  Rate:

'In His Court' is tagged as:

Similar books to 'In His Court'

All books by Max Rowan  ❯

Buy 'In His Court' from the following stores: