Spells for the Dead (Soulwood #5) 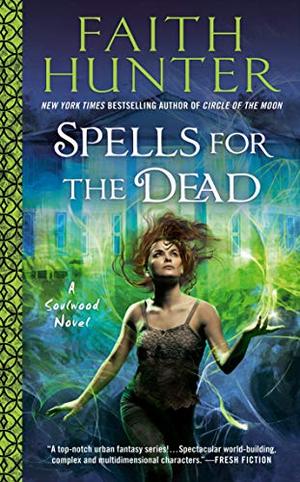 Nell Ingram is a rookie PsyLed agent, using the powers she can channel from deep within the earth to solve paranormal crimes. Together with her team, she's taken on the darkest magic and the direst foes. But she'll need to tap into every ounce of power she has for her newest case.

Nell is called to the Tennessee mansion of a country music star and finds a disturbing scene--dead bodies rapidly decaying before everyone's eyes. The witch on her team, T. Laine, knows this can only be one thing: death magic, a rare type of craft used to steal life forces. PsyLed needs to find this lethal killer fast. But when a paranormal-hating FBI agent tries to derail the investigation, they find themselves under attack from all sides.
more
Amazon Other stores
Bookmark  Rate:

'Spells for the Dead' is tagged as:

Similar books to 'Spells for the Dead'

All books by Faith Hunter  ❯

Buy 'Spells for the Dead' from the following stores: