When I Kissed You 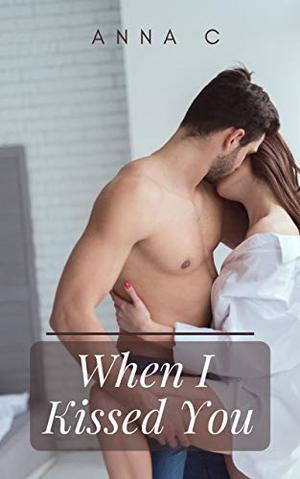 Meet Akanksha and Neel - Akanksha has lived with her parents and her brothers for all of her 25 years and feels stifled with their over protectiveness. She has been waiting for the chance to get away and when she gets a job in Pune, off she goes, hoping to get herself a boyfriend and experience everything the world has to offer.


Neel, the bad boy with a heart of gold has just discovered that his temper can lead him into difficult situations at work. But all this falls by the side when he's tasked with looking after Akanksha, his best friend Girish's sister. But what happens when they do meet? Read on...


‘I’m twenty five,’ I said. He frowned but didn’t say anything. ‘And my family wants me to get married to some respectable person soon. They don’t want me to live or experience life like everyone else because they’re too scared, I’ll get hurt. They’re petrified that I’ll get hurt somehow.’


His eyes softened, as though he agreed with them on this point. No dammit, I thought in frustration.


‘It explains why I’m still a virgin.’


His face turned a little red. Was he blushing? Alpha male Neel?


‘And I want you to take my virginity.’


I swallowed so fast that I nearly choked. Sputtering, I put the coffee cup on the table, amazed I hadn’t spilled any of it.


She nodded resolutely, as if she hadn’t just said the most outrageous thing I’d heard in my life. She was asking me to take her virginity. What the actual fuck? My head instantly populated with images of her lying on my bed, writhing naked while I spread apart her legs and…


Stop, I told myself.


What happens next? You'll have to read the book to find out!
more
Amazon Other stores
Bookmark  Rate:

'When I Kissed You' is tagged as:

Similar books to 'When I Kissed You'

Buy 'When I Kissed You' from the following stores: