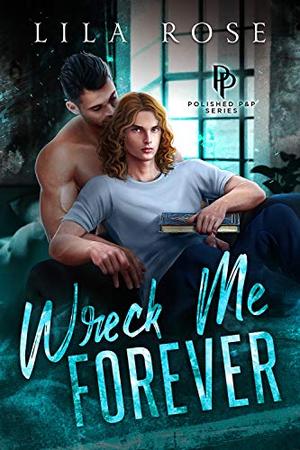 Lucas Storey’s life is all about college, studying, and finishing his medical degree. That’s until he moves in with his older brother and meets his motorcycle club friends. Only, new people make Lucas nervous, almost to the extent of peeing himself, but he soon realizes they’re great people and will accept him as he is.

Now, if only he can stop thinking of a certain grumpy biker, things will be good.

Never before has Wade “Wreck” Williams noticed the same sex, or at least not until Lucas crashes into their lives. And notice Lucas he does. But that’s not all. He wants to get to know the man, and he kind of likes looking at Lucas too. None of it makes sense, and Wreck will fight it for that reason alone.

When Lucas thinks he can go out with a someone who’s not Wreck—and jealously rears its ugly head to a point Wreck just has to step in—it’s clear that he may just be wrecked forever.
more
Amazon Other stores
Bookmark  Rate:

'Wreck Me Forever' is tagged as:

Similar books to 'Wreck Me Forever'

Buy 'Wreck Me Forever' from the following stores: