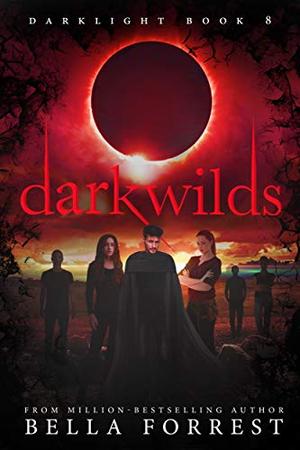 What secrets are hidden in 'the Leftovers'?

Lyra and Dorian managed to end the meld that threatened every plane of existence, but there was a cost. Parts of the world have been changed forever.

America is riddled with Leftovers: portions of unsettling wilderness where unknown creatures have been thrust into the Mortal Plane, and whole human cities have vanished. Among the missing are Lyra’s own parents.

To find them, Lyra, Dorian, and Bryce take on a dangerous mission: investigating the Leftovers, where trees move and nothing is as it seems.

“The man sitting in front of me is nothing compared to the vampire I lost.”

In the wake of the disaster, Roxy’s finally been promoted to captain in the Occult Bureau’s new monster-hunting department. Between jealous subordinates, her two hellraising siblings being put under her command, and protecting civilians from rampaging monsters, she didn’t think her new job could get any more stressful.

And then she starts hearing voices in her head. Specifically, one voice: Kane, the obnoxiously hot vampire she thought she’d never see again.

When Lyra's mission is derailed unexpectedly, the two teams are thrust together again. The Leftovers reveal more of their secrets. Kane’s voice might drive Roxy crazy and ruin their chances of survival—or their connection might be able to save them.

*Beware of spoilers in the reviews below that are without spoiler alerts.*
more
Bookmark Rate Book
Amazon Other stores