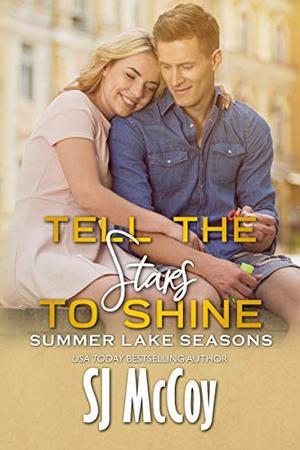 Amber’s loving life in Summer Lake. She’s settled into her job at the post office. She’s met some lovely new people. And most of all she’s free.

It wasn’t that her old life was so bad. She worked for her parents; she liked being able to help them out. What she didn’t like was feeling trapped in a relationship with their general manager.

She was glad to leave him behind. And ever since she came to the lake, she’s had a not so secret crush on Austin.

He was attracted to Amber from the moment he met her. But before he could act on it, he had to extricate himself from a bad relationship that he’d let go on too long.

Now, these two have a chance to get together but will some well intentioned interfering by Amber’s sister, Jade, help them on their way or leave them stuck in a web of lies?

You’ll have to pick up your copy of this heart-warming romance today to find out if two people who are used to putting others first will grasp their chance at happiness and if the nice-guy get his girl in the end.

Summer Lake Seasons series is sweet n steamy, small town romance with a focus on fun, friendships and happily ever afters. It follows a group of friends in a small lakeside town in the California hills.

Take These Broken Wings
Too Much Love to Hide
Sunshine Over Snow
Chase the Blues Away
Forever Takes a While
Tell the Stars to Shine
more
Amazon Other stores
Bookmark  Rate:

'Tell the Stars to Shine' is tagged as:

Similar books to 'Tell the Stars to Shine'

More books like 'Tell the Stars to Shine'   ❯

Buy 'Tell the Stars to Shine' from the following stores: