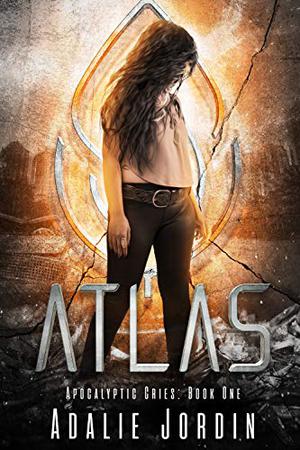 ...I refuse to look down. To see the dark swirls coating their way across the grimy tiles and into the drain. The last remnants of a man who only ever thought of himself my entire life but, in the end, sacrificed his existence so mine could carry on....

Death has come for the human race, and it’s not playing fair.

Termed ‘Outbreak Dead Rain’, or ODR for short, rolling storm clouds swept onyx death drops across the entire planet in a matter of hours. A mass pandemic ensued, infecting anyone unlucky enough to be touched by it’s cloying embrace.

Saedie managed to survive, but now her world is crumbling around her — her life slipping through her fingers like grains of sand in an old fashioned hourglass. Her only saving grace comes in the form of an ex-military group called Atlas, who promise to protect her and her family as long as they follow the rules of The Compound.

Something isn’t right though. People are disappearing, vanishing in the middle of the night, and Saedie knows it’s not the Zerks, husks of former humans left behind after ODR, doing the taking.

Is Atlas more than meets the eye? Could the only Pure humans left in existence be the ones systematically wiping out the last remnants of a dying civilization?

With one devastating mistake that shifts her world on its axis —again — Saedie’s about to find out.

**This novel is for ages 17+ due to graphic scenes, sexual situations, and possible triggers.
more
Amazon Other stores
Bookmark  Rate:

'Atlas' is tagged as:

All books by Adalie Jordin  ❯

Buy 'Atlas' from the following stores: