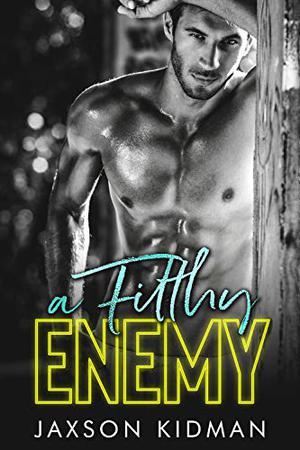 He literally left me on the side of the road.

Tossed from his tour bus because he was a bad boy rock star.
And I was just some chick who could sing.

That’s only reason one of a million why I hate Reed.

I get it though - he’s hot, plays bass with those long fingers that leave you wondering what else they could do...
But he’s evil.

And with each chart topping song and album and worldwide tour he’s raking it in while I’m left singing in a female barber shop quartet trying to make ends meet.

Then the call of my life comes in.
I’m booked for real studio time.
I show up... and I’m supposed to sing backing vocals for Filthy Line.

Which means I’m in the f*ckin studio with Reed.

Mr. cocky rocky kiss my 'you know what' if he thinks he can smooth his way with me... think again.
I’m not some groupie.
I’m trying to make a name for myself.

Yet he won’t leave me alone.
Forget about the smoldering look in his eyes.
Forget about what he does when he finds out what I do for a living.

This rock star is on my tail and next thing I know my greatest enemy wants me between the sheets.

Hey, maybe this can work out... or maybe I’ll finally get a chance to give him a taste of his own medicine...
more
Amazon Other stores
Bookmark  Rate:

'A FILTHY Enemy' is tagged as:

Similar books to 'A FILTHY Enemy'

All books by Jaxson Kidman  ❯

Buy 'A FILTHY Enemy' from the following stores: