To Mate A Dragon 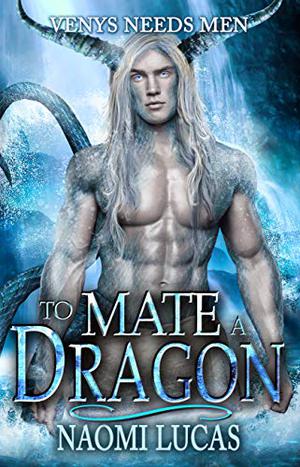 The human race is dying under the red comet soaring through the skies above...and with it, the sounds of dragons are in the air.

My name is Aida, and I was destined to lead the Sand’s Hunter tribe into a new generation—promised to mate with one of the last born males along the Mermaid Coast. But before Leith was delivered to my tribe, my younger sister came of age and the elders chose her to be his mate instead.

Then a messenger came from the north with rumors of dragons turning into virile males from a single, human touch. Fresh hope blooms within me as I plan to reclaim my rightful place as future matriarch to my people, and with that hope, I ready my supplies to hunt down one of these dragons to make my own. To touch him, to claim him, to take his seed and honor my people with a new generation.

But a storm is on the horizon.

And with that storm, soars an alpha dragon in heat. He’s heading straight for me.
He sees me.

All my plans crumble under his dark draconian stare.
more
Amazon Other stores
Bookmark  Rate:

'To Mate A Dragon' is tagged as:

Similar books to 'To Mate A Dragon'

All books by Naomi Lucas  ❯

Buy 'To Mate A Dragon' from the following stores: