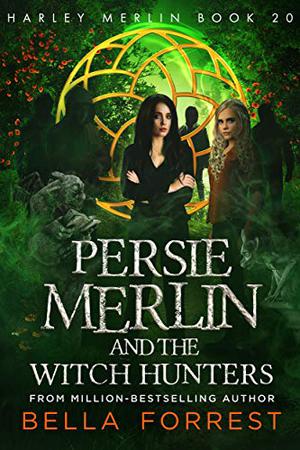 Persie’s got the keys to the kingdom.

But secrets are brewing in and around the Institute, ushered in by the arrival of a mysterious stranger who is fundamentally opposed to everything Persie stands for. But he’s fascinated by her.

And he needs her help.

While Persie is forced to confront her entire belief system, Nathan struggles to hide dangerous secrets of his own. The awkward, bookish, monster-loving scholar’s aide is much more than he seems—but if the truth were known, he would lose everything…

*Beware of spoilers in the reviews below that are without spoiler alerts.*
more
Bookmark Rate Book
Amazon Other stores

Buy 'Harley Merlin 20: Persie Merlin and the Witch Hunters' from the following stores: