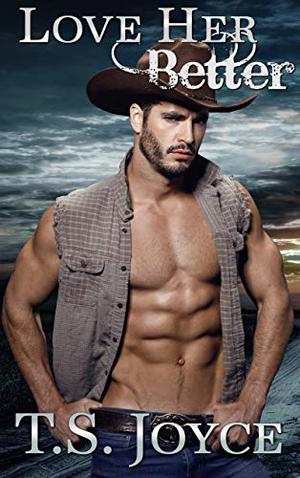 Cassidy Joiner is focused on one thing, and one thing only—her growing horse training business. Her Dad gave her the family farm a few years back, and now she has the challenge of making it run. When a handsome stranger stomps in asking for help training a monstrous horse, she knows she has a huge challenge ahead of her. Both rider and horse are similar, and why she’s a professional at reading horses, she’s never been able to read a man. Until now. Samuel Kaid’s name precedes him. The Kaids own the biggest ranch in these parts, but he isn’t like his brothers. He speaks strangely, and clearly doesn’t understand much about people. When he asks her to train him to be more human, she knows she’s in over her head. No wonder she understands him. Sam shows her an animal side that her horse training only begins to prepare her for. Damaged monster. So why does she feel so safe around him?

Sam Kaid doesn’t know much about himself anymore. Most of his memories come from the last three years, when he was living in the woods and obeying the orders of a murderous alpha. He’s convinced that he will never fit into the legacy his brothers are building, because he’s not like them anymore. All he knows is fighting. When he takes a broken horse to a beautiful local horse trainer, Cassidy, he knows he’s stumbled onto someone important. She sees him. She gets him. She’s patient with his animal ways. And maybe, just maybe, his wolf will settle enough to actually keep her safe.

'Love Her Better' is tagged as:

Similar books to 'Love Her Better'

Buy 'Love Her Better' from the following stores: