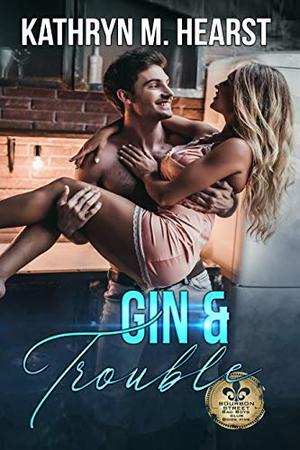 Dante, the youngest Marchionni brother, is in love.

The woman of his dreams is accused of attempted murder…

Frankie Abruzzo will do anything to break herself and her sister’s free from the mafia, including going undercover in a rival crime family’s multi-billion-dollar corporation…

…but she never counted on falling for a Marchionni.

When Frankie is accused of a crime she didn’t commit and her cover is blown, she's forced to go on the run. Between the real killer’s attempts to silence her, her family’s efforts to force her to return to Sicily, and the Marchionnis’ quest for justice, her only hope is to disappear.

Unfortunately, no matter how fast, or how far she travels, she can’t seem to escape Dante…

…and she’s beginning to wonder why she should.

You’ll love this action-packed romantic comedy, because everyone loves rooting for a couple with the odds stacked against them.

Each book in the Bourbon Street Bad Boys' series can be read separately, though they are best enjoyed when read in series order:
Absinthe Minded
Highball and Chain
Single Malt Drama
Hot Momosa
Gin and Trouble
more
Amazon Other stores
Bookmark  Rate:

'Gin & Trouble: A Mafia Romantic Comedy' is tagged as: