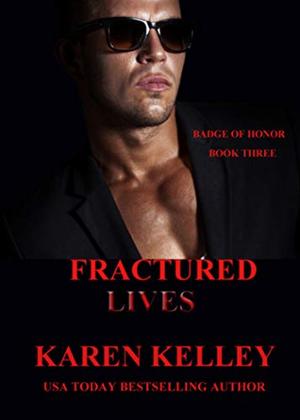 He stole her life and kept her locked in a basement for four years. He tried to break her with his diabolical games, but he couldn’t.

Then she was rescued.

That was the day Ellie learned just how much of her life had been stolen.
***
Officer Quinn West went down the stairs that led to the basement of the vacant house all because the neighbor complained the man living there stole her plant. He was a rookie cop who got all the crap calls. Instead of a plant, he found a young girl clinging to life.

Until ten years passes and a recently murdered girl is found and she’s wearing the same kind of charm bracelet.
***
Now an FBI agent, will Quinn send Ellie over the edge when he tells her that her biggest fear is still out there, and might be hunting her? Can she face her demons and relive a terrifying past to catch a serial killer? And can he break past the barriers she erected and show her how to live again?
more
Amazon Other stores
Bookmark  Rate:

'Fractured Lives' is tagged as: