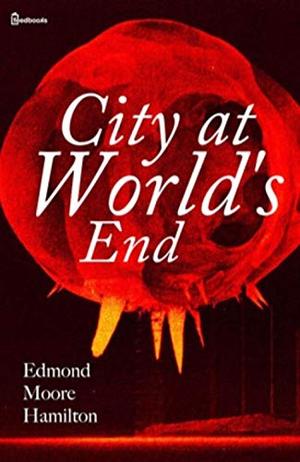 A classic science fiction tale originally published in Galaxy Magazine.A surprise nuclear war may cause the End of the World, but not the way anyone could have imagined.In one split second they were hurled across time into a world a million years away.One moment Kenniston was strolling down the quiet street, lost in pleasant reverie. The next moment the sky split open!It split open, and above him was a burn and a blaze of light - so swift, so violent, that the air itself seemed to burst into flame.Then there was silence - awful, suffocating silence.Kenniston felt the chill of premonition - a shapeless terror that grew into a thing to evil to be borne alone.The novel describes the shocking experiences of a group of ordinary people, catapulted by a mysterious explosion into the terrifying strange world of a million years hence. It is not a prophecy - but a warning.
more
Amazon Other stores
Bookmark  Rate:

'City at World's End (Annotated)' is tagged as:

Buy 'City at World's End (Annotated)' from the following stores: