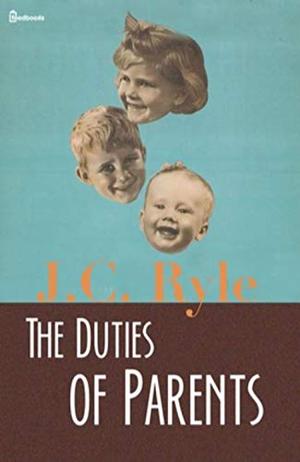 ▶ DESCRIPTION
Train up a child in the way he should go; and when he is old, he will not depart from it." Proverbs 23: 6.

I suppose that most professing Christians are acquainted with the text at the head of this page. The sound of it is probably familiar to your ears, like an old tune. It is likely you have heard it, or read it, talked of it, or quoted it, many a time. Is it not so?

But, after all, how little is the substance of this text regarded! The doctrine it contains appears scarcely known, the duty it puts before us seems fearfully seldom practiced. Reader, do I not speak the truth?

▶ AUTHOR
Ryle was a strong supporter of the evangelical school and a critic of Ritualism. He was a writer, pastor and an evangelical preacher. Among his longer works are Christian Leaders of the Eighteenth Century (1869), Expository Thoughts on the Gospels (7 vols, 1856–69), Principles for Churchmen (1884). Ryle was described as having a commanding presence and vigorous in advocating his principles albeit with a warm disposition. He was also credited with having success in evangelizing the blue collar community. His second son, Herbert Edward Ryle also a clergyman, became Dean of Westminster.
more
Amazon Other stores
Bookmark  Rate:

'The Duties of Parents (Annotated)' is tagged as:

Similar books to 'The Duties of Parents (Annotated)'

More books like 'The Duties of Parents (Annotated)'   ❯

Buy 'The Duties of Parents (Annotated)' from the following stores: