An Unexpected Earl (Lords of the Armory #2) 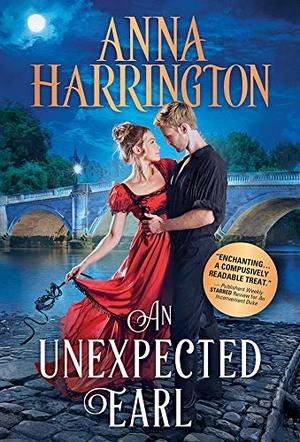 Twelve years ago, Brandon Pearce, former brigadier and now Earl West, had to give up the girl he loved, Theodora Howard. Now Teddy is a grown woman with a past she desperately needs to keep hidden in order to save her brother Frederick's reputation. In an effort to avoid blackmail, Frederick needs to place a list of gentlemen into government positions, and for that, he'll need an ally in Parliament―Pearce.

Pearce has been investigating a criminal group he believes is behind the government appointments. Pearce must pretend that he sides with the blackmailer, even though it means breaking Teddy's heart. But Pearce is willing to do anything he can for a second chance with her, even when he discovers she's been keeping secrets of her own.
more
Amazon Other stores
Bookmark  Rate:

'An Unexpected Earl' is tagged as:

The 'Lords of the Armory' series

Similar books to 'An Unexpected Earl'

Buy 'An Unexpected Earl' from the following stores: