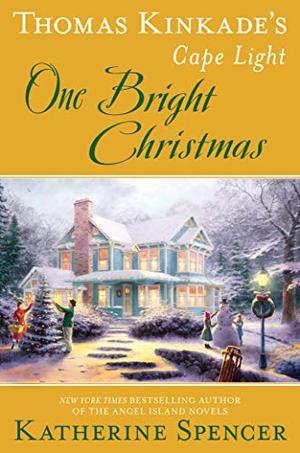 When Lauren Willoughby returns to Cape Light for the holidays, she's hardly feeling festive. Although her family views her as a sharp, successful New York attorney, she's come home to heal from a bad breakup and a career setback. While freelancing for a local law firm, Lauren meets Cole McGuire, a widower and a single father, as difficult to deal with as he is attractive. His sweet daughter Phoebe is instantly drawn to Lauren's whimsical side, and Cole's reserve is soon worn down by her straight-talking charm. Lauren knows she's falling hard for this handsome, enigmatic man and his adorable little girl, but worries that the attachment can only lead to heartache. For Phoebe's sake, Cole is committed to a quiet country life while Lauren is a city girl, determined to return to the bright lights to
make her mark.

Meanwhile, a movie crew has come to Cape Light, and the entire town is starstruck. Everyone except Lucy Bates, who harbors a secret about the film's star, Craig Hamilton. One magical summer long ago, they met at the village theater and fell in love. Despite their big plans and promises, Craig broke her heart. They never spoke again and she's certainly never forgiven him. Yet, for some uncanny reason, he's appeared out of the blue. Will she accept this chance to sort out their painful past? Or forever regret it?

And to Lillian Warwick-Elliot's dismay, one chilly night her husband Ezra takes in a scruffy, little dog. Lillian is determined to pass the stray to "a more suitable family." But at what cost to her marriage and Ezra's devotion? With Christmas nearly here, can the good folks of Cape Light open their hearts to forgiveness and love?
more
Amazon Other stores
Bookmark  Rate: