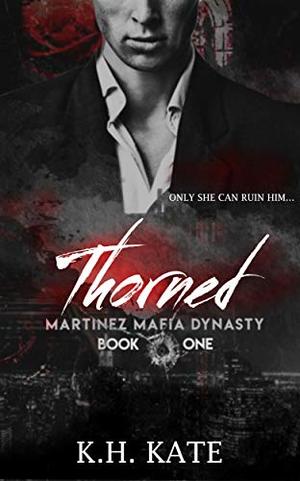 Once upon a time, monsters used to scare her.

So she ignored their call, shredding herself to become a puppet instead. But even puppet masters get tired of their puppets sometimes. When the puppet master goes missing, there’s nothing stopping her from peeking into the rabbit hole to search for the truth.

But the edge is closer than she realizes.

Right into a monster’s hand. She thinks she can win his game, torment him with the promise of her loyalty. That was her first mistake. This is his kingdom and anyone with a threat to his kingdom had been erased from existence.

And so will be she.

Once upon a time, monsters used to scare her…until she sought to go up to the flames with one.
more
Amazon Other stores
Bookmark  Rate:

'Thorned' is tagged as:

Buy 'Thorned' from the following stores: