How to Hack a Hacker (Unholy Trifecta #3) 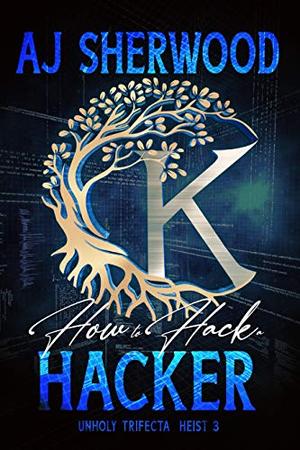 Kyou has a routine. A system. He guards Brannigan Genovese, hacks for his family of choice, and drinks far too much caffeine for any living being. He has contingency plans for everything except for the following:

Oddly enough, it might be the feelings that get Kyou in the most trouble. Because when Brannigan is in danger, Kyou breaks every rule he has to save the man.

And damn the consequences.

Tags:
It’s not stalking (totally stalking), Brannigan doesn’t envision being on the run from the mob as his meet cute, but he’ll take it, its not stalking if he likes it, Kyou needs all the naps, does it count as a heist if they’re blowing stuff up, Ivan votes yes, band of brothers, pansexual character, Kyou is utterly done, family of choice, emotional growth, Ivan’s actually serious for once, yes the world almost ended, sleep deprived hackers make poor snap decisions, fortunately for Brannigan
more
Amazon Other stores
Bookmark  Rate:

'How to Hack a Hacker' is tagged as:

Similar books to 'How to Hack a Hacker'

More books like 'How to Hack a Hacker'   ❯

All books by A.J. Sherwood  ❯

Buy 'How to Hack a Hacker' from the following stores: