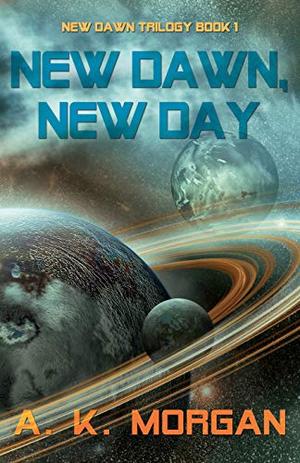 The five Kingdoms of the Earthprime have risen from the ashes of the Third World War and the Spaceprime has been spawned.

With its motto: 'When the lives of the peoples of the Earthprime of whom we serve are complete, we shall look to the stars,' His Majesty the second King of Europa, decrees that a rocket mission is sent out beyond Earth's atmospheric boundary for the first time in 40 years.

In the year 2148, Captain Jonas Dean, the Europa Spaceprime astronaut elect is tasked with this historic mission to the stars in search of the missing HMS Neon-lit City, a Stargazer class vessel.

But as the Starship hyperdrive is released, a computer miscalculation sends his vessel careering through the asteroid belt. His communications tower is sheered off by a meteor shower and his new-age craft has to make an emergency landing on the Moon of Ganymede.

Will Captain Dean’s experience upon Ganymede moon force him to re-evaluate his whole life and return to his King, his family and the woman he’s left behind or will he turn his back on the Kingdoms of the Earthprime to serve his own ambitious nature.

The first in this exhilarating New Dawn sci-fi/space adventure trilogy.

Recent books by A. K. Morgan