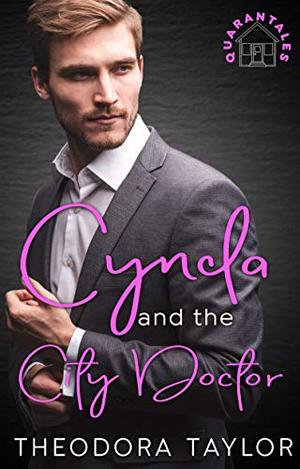 When my father died and my stepmother cut out, leaving me with two stepsiblings to raise, I figured that would be the biggest surprise of my life. But then the pandemic hit, and my big city ex showed up in my small Missouri town to take over my father’s practice.

What’s the first thing he says to me after three years?

Sooooo…it looks like he totally didn’t appreciate the way things ended between us, and now he won’t settle for anything less than cold, hard revenge.

But as it turns out, I’m the only person in our small town with a rental unit available. And without a job, I’m desperate for a renter.

So now the extremely bitter ex who fired me is living in my backhouse. Way, way closer than I want him to be.

But everything will be fine. I hate him, and he hates me. So nothing’s going to happen between us, right?

The first story in the QUARANTALES series is one steamy romance. Perfect for those who love forced proximity, bitter exes, and second chances that can’t be denied.

READER NOTE: The QUARANTALES series starts off steamy and gets hotter with each read before its sweet finale. So make sure to check out all of the stories in this ultra-modern, special quarantine take on some of your favorite fairytales:

CYNDA AND THE CITY DOCTOR
BILLIE AND THE RUSSIAN BEAST
GOLDIE AND THE THREE BEARS
REINA AND THE HEAVY METAL PRINCE
more
Amazon Other stores
Bookmark  Rate:

'Cynda and the City Doctor: 50 Loving States, Missouri' is tagged as:

All books by Theodora Taylor  ❯

Buy 'Cynda and the City Doctor: 50 Loving States, Missouri' from the following stores: