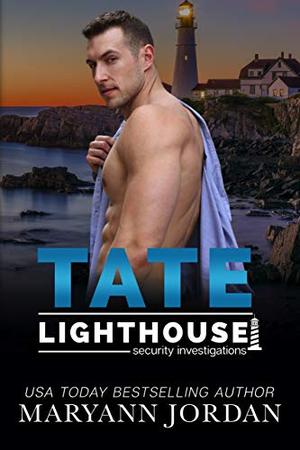 Country music, his parents, cold beer, and apple pie…just a few of the things Frank Tate loves. The former SEAL, now a Lighthouse Security specialist also loves his job and lives for the next mission.

But when a call from home sends him back to the mid-west, the past and present collide as danger follows the girl he left behind years before. Will Tate and his fellow Keepers save her in time to see if she has a place in his future?

Lighthouse Security Investigations
The Lighthouse SI Keepers were men and women from the SEALs, Rangers, Special Forces, Deltas, and AF Special Ops. All having been trained in CIA Special Ops, the Keepers were the best of the best and ready to take on any mission.

Scenes and language are similar to an R-rated movie...18+ only.
more
Amazon Other stores
Bookmark  Rate:

'Tate' is tagged as:

All books by Maryann Jordan  ❯

Buy 'Tate' from the following stores: