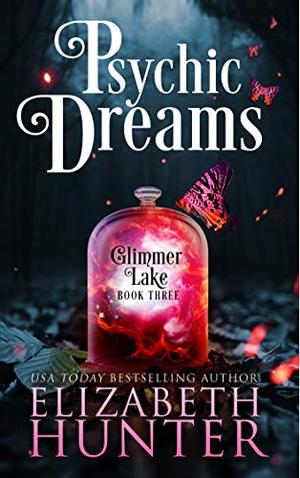 She’s feeling the heat. Or it might be a hot flash. Sometimes it’s really hard to tell.

It’s been four years since Monica lost the love of her life to a sudden and devastating heart attack. She’s held her family together and picked herself up with the love and help of her two best friends. Now Monica has a new business, a new wardrobe, and a new vision for the future.

As in actual psychic visions. Dreams that manifest in reality? Monica’s still not sure why or how it happened, but she’s been seeing everything from unexpected visitors to visions of fire and destruction.

Separating premonitions from morbid imagination is proving harder than Monica expected, and no one can tell her if these new, violent visions will become a reality.

Added to that, there’s a new fire investigator in town, and he’s more than a little suspicious about the anonymous and frighteningly accurate tips someone is calling in. Monica is feeling the heat… or is that a hot flash?

Is their town about to feel the burn of a serial arsonist, or can Monica, Robin, and Val figure out the dangerous secret smoldering at the heart of Glimmer Lake?

'Psychic Dreams: A Paranormal Women's Fiction Novel' is tagged as: