The A.I. Who Loved Me 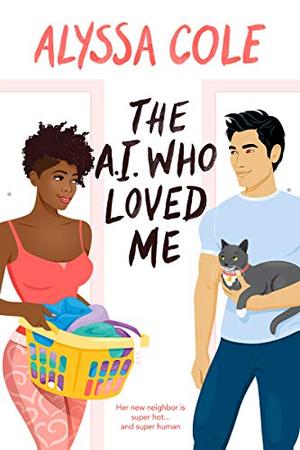 The critically acclaimed Audible Original narrated by Regina Hall and with a cameo from Mindy Kaling is now available in ebook and print formats!

Trinity Jordan leads a quiet, normal life: working from home for the Hive, a multifunctional government research center, and recovering from the incident that sent her into a tailspin. But the life she’s trying to rebuild is plagued by mishaps when Li Wei, her neighbor’s super sexy and super strange nephew, moves in and turns things upside down.

Li Wei’s behavior is downright odd—and the attraction building between them is even more so. When an emergency pulls his aunt away from the apartment complex, Trinity decides to keep an eye on him...and slowly discovers that nothing is what it seems. For one thing, Li Wei isn’t just the hot guy next door—he’s the hot A.I. next door. In fact, he’s so advanced that he blurs the line between man and machine. It’s up to Trinity to help him achieve his objective of learning to be human, but danger is mounting as they figure out whether he’s capable of the most illogical human behavior of all...falling in love.
more
Amazon Other stores
Bookmark  Rate:

Similar books to 'The A.I. Who Loved Me'

Buy 'The A.I. Who Loved Me' from the following stores: