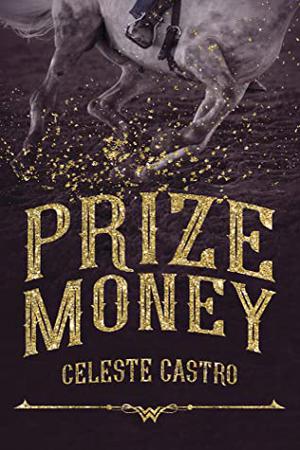 Toma Rozene is an equestrian stuntwoman. She's fresh off the set of a Hollywood blockbuster when she's called home to take her ailing father's place as a bullfighter (the ones who rescue fallen cowboys and cowgirls who are brave enough to ride bulls and bucking broncos) at the upcoming summer rodeo. Midflight, reality sets in. Luckily, she meets a caring woman who holds her hand and gives her comfort for the duration of their flight.

Eva Angeles has several sparkling crowns to her name. She's a champion barrel racer and stands a good chance to win at the finals in Las Vegas and earn big prize money; money she needs to make her lifelong dream of opening a mustang preservation center, come to life. On her first run of the competition, her horse is spooked and throws her into the path of a one-ton runaway bull. Moments before a potentially season-ending injury, the mess of a woman from the plane comes to the rescue. Eva knows all the bullfighters on the circuit, not one of them is a woman.

Neither of them expected to see each other again but strike up a friendship. They even team up to solve a series of odd occurrences, busted barrels and unlocked gates to random bulls on the loose. Too many close calls and near misses leave them wondering at what point coincidences becomes something sinister.

Prize Money is about a chance meeting between two women, friends at first, who navigate life's unique challenges and find something more, maybe love along the way.
more
Amazon Other stores
Bookmark  Rate:

'Prize Money' is tagged as: