A Knight in Broken Armor (The Knights of Stonebridge #2) 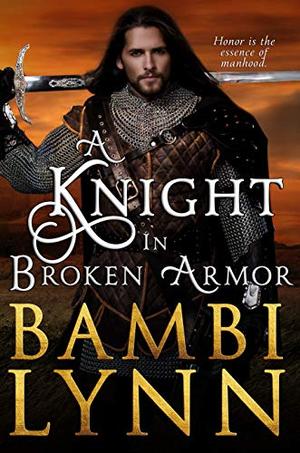 Ivelisse Sterling would rather become one of her father’s whores than marry a man of his choosing. But he and the women who helped raise Ivy want a different life for their little girl. The company’s plans are thrown into upheaval the moment Ivy sees the local blacksmith, Kier Dufrance, and decides he will be her first customer.

But Kier shows no interest in her attempts to seduce him. Ivy has grown up with this troupe of prostitutes, so she is not ignorant of relations between men and women. Imagine her disappointment and frustration when she finds it impossible to seduce the man she has chosen to be her first.

Kier, reluctant to explain his impotence, tries to discourage Ivy. But he underestimates her determination. Without benefit of a modern-day sex therapist, it is up to these medieval lovers to find a cure. Ivy’s antics while trying to learn all she can from her friends will have readers laughing out loud before racing for a cold shower.
more
Amazon Other stores
Bookmark  Rate:

'A Knight in Broken Armor' is tagged as:

The 'The Knights of Stonebridge' series

Similar books to 'A Knight in Broken Armor'

More books like 'A Knight in Broken Armor'   ❯

Buy 'A Knight in Broken Armor' from the following stores: