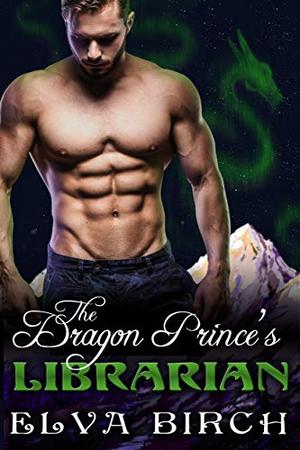 An offer too good to be true

After an international secret service stole her thesis and all the copies of the document it was based on, Tania thought nothing could surprise her. Her health is failing, she’s lost her job at the library, and there are seven messages on her phone from her mother that she has no intention of listening to.

Then a gorgeous prince claiming to be a dragon shifter shows up on her doorstep and offers not only to whisk her off to Alaska and marry her, but also to wash her dishes.

Don’t happy ever afters like that only happen in the books she loves?

A confusion of crowns

Rian doesn’t know how Tania got an unaltered copy of the Small Kingdoms’ secret Compact, or why she’s been tapped to be a queen when one of his brothers has already found his mate and claimed the crown, but he’s absolutely sure that she’s his perfect partner in every way.

He just has to convince her that magic is real, that Alaska needs a queen with a cane, that she’s stronger than she knows, and that he loves her, while keeping her safe from a mysterious figure who seems determined to steal the Compact and destroy the kingdom.

Set in an alternate world Alaska, where being a princess is more research and reading than it is crowns and courts, THE DRAGON PRINCE’S LIBRARIAN is a steamy, standalone, fast-paced paranormal romance adventure.
more
Amazon Other stores
Bookmark  Rate:

'The Dragon Prince's Librarian' is tagged as:

The 'Royal Dragons of Alaska' series

Buy 'The Dragon Prince's Librarian' from the following stores: