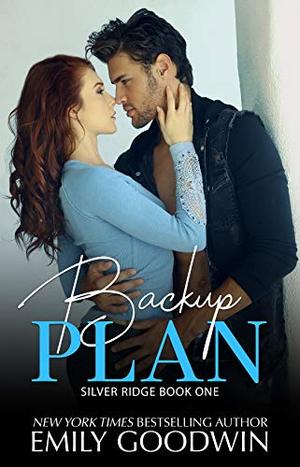 When we were only kids, Sam Harris and I made a promise we’d marry each other if we were still single when we turned thirty. Well, my thirtieth birthday has come and gone and I’m still as single as ever.

But it’s been ages since we’ve seen each other, and after what he did to me our senior year of college, I wouldn’t put his ring on my finger even if he begged me to marry him. Never mind his devilish good looks. Or the fact that the playboy partier is a doctor now.

Nope, I’m sticking to my guns with this, and when I go back to my hometown of Silver Ridge for the first time in years, I won’t pay him the slightest bit of attention. Well…until he convinces me to go out for drinks to catch up. I knew it was a bad idea the moment I agreed to it.

And then he brings up our childhood promise.

It might be fun and games to him, but it’s not to me. Because as much a I don’t want to admit it, Sam has always been my first choice. And I don’t want to be nothing more than his backup plan.

***Backup Plan, book one in the Boys of Silver Ridge Series, is coming summer 2020***
more
Amazon Other stores
Bookmark  Rate:

'Backup Plan' is tagged as:

The 'Boys of Silver Ridge' series

All books by Emily Goodwin  ❯