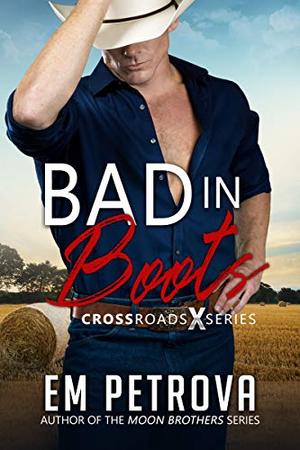 Sometimes the second time around is even better than the first...

Cort Bellamy’s been avoiding his hometown of Crossroads, Georgia for too long. Who can blame him, when the small town is so thick with memories and everyone recalls that he let the love of his life slip away? However, his father’s summons for help on the family ranch can’t go unanswered much longer—and now he’s offering Cort a share. Returning to hard work is expected…but he never thought he’d see HER again.

Joss Ellis hates returning to her hometown with her tail tucked, a failure in everyone’s eyes. Her aspirations of making a place for herself in the big city have left her defeated and more than a little depressed. But the minute she sees her rugged ex, her emotions take a detour to hot and bothered. It’s impossible not to run into each other. Even the secret fishing hole is a reminder of whispers and promises that never came true.

She’s the same beauty with a big heart that he can’t keep his hands off. He’s sexier and more untamed than ever. To bring them even closer, they’re fighting similar battles in life. While Cort’s determined to show her that happiness is right here in Crossroads, Joss isn’t convinced. All she’s certain of is that sleeping with her ex is a really bad idea…and she definitely won’t fall for him this time around.
more
Amazon Other stores
Bookmark  Rate:

'Bad in Boots' is tagged as:

Similar books to 'Bad in Boots'

Buy 'Bad in Boots' from the following stores: