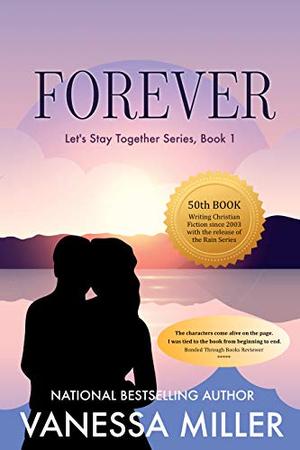 Real estate agent Jewel Dawson is headstrong, outspoken and very much in love with her fiancé’, the mega-millionaire sports agent, Jackson Lewis. But after he gives her a prenuptial agreement to sign, she calls off the wedding because she could never marry a man who doesn’t believe in the possibility of forever.

Jewel was raised to appreciate the sanctity of marriage. Her great grandparents lived to celebrate their platinum wedding anniversary, her grandparents just celebrated their emerald and her parents are about to celebrate their coral wedding anniversary. Jewel believes that love can last a lifetime, but her fiancé’, doesn’t have the same experience. Jackson’s father was currently on his fourth marriage and everyone around him was getting divorced.

Jackson loves Jewel, but has no idea if this love with stand the test of time. Jewel’s heart was broken by a man who thought like that, so she will not put her trust in Jackson unless he can promise her forever. Along the way, the two discover that lasting love doesn’t come easy, but with God on their side, anything is possible.
more
Amazon Other stores
Bookmark Rate Book

The 'Let's Stay Together' series

Buy 'Forever' from the following stores: