Season of the Wolf (The Legend of All Wolves #4) 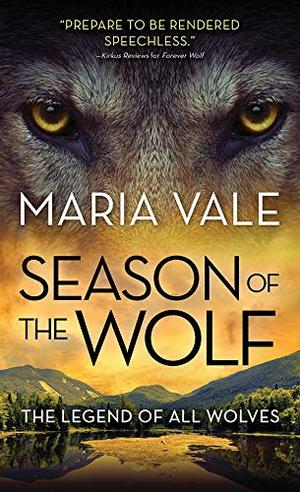 In a world of danger and uncertainty, the Alpha has enough to worry about without him...

For Alpha Evie Kitwanasdottir, things are never easy. The Great North Pack has just survived a deadly attack. Evie is determined to do whatever is necessary to keep her Pack safe, especially from the four Shifters who are their prisoners.

Constantine lost his parents and his humanity on the same devastating day. He has been a thoughtless killer ever since. When Constantine is moved to live under Evie's watchful eye, he discovers that taking directions and having a purpose are not the same thing.

Each moment spent together brings new revelations to Constantine, who begins to understand the loneliness of being Alpha. He finds strength and direction in helping Evie, but there is no room for a small love in the Pack, so Constantine must work harder than ever to prove to Evie he is capable of a love big enough for the Great North Pack itself.
more
Amazon Other stores
Bookmark  Rate:

'Season of the Wolf' is tagged as:

The 'The Legend of All Wolves' series

Similar books to 'Season of the Wolf'

All books by Maria Vale  ❯

Buy 'Season of the Wolf' from the following stores: