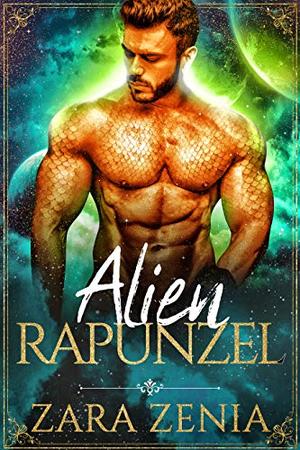 A young alien ruler certain he'll never find his mate. A young woman kidnapped and held in a tower. A secret plan destined to change Earth.As the youngest of the ruling brothers, rebellious and slightly spoiled Prince Rawklix is the only one left without a mate, and he isn't too eager to find one, preferring to enjoy the pleasures offered by his kingdom. But when Nora--the arch-nemesis of the Trilyn--appears on live television and introduces her daughter, Laura, he becomes entranced by the beautiful young woman and is determined to meet her.

Laura has spent her life locked away in The Tower by Nora being told it's for her own protection. But Laura longs for life and romance in the wide outside world. When she receives a message from a secret suitor, she's thrilled at the prospect of escaping her captivity.

But Nora isn't going to let the girl so easily and sets out to end the relationship between Laura and Prince Rawklix. The true depths and motivations behind her hatred of the Trilyn are finally revealed as she is willing to go to any lengths to ensure her ultimate plan is carried out.

Will Prince Rawklix be able to free his love from her tower, or will the plan of the Trilyn's ultimate enemy mean the end of love for the final ruling brother?

Alien Rapunzel is the seventh book in the Trilyn Alien Fairy Tales Series. This is a science fiction romance story features an empathetic kidnapped human female and a rebellious alien prince in search of his mate. Each book in this page-turning science fiction series has no cliffhanger, no cheating, and a guaranteed happy ending!
more
Amazon Other stores
Bookmark Rate Book